Kidepo Valley National Park’s Wildlife also includes species that are rare or absent from other Ugandan protected areas such as aardwolf, bat-eared fox, cheetah, striped hyena and ostrich. Its isolation means that Kidepo is little visited and visitors can expect to enjoy high degree of solitude.

Kidepo Valley National Park’s expansive vistas, largely uninhibited by woodland Kano forest, are the result of the open tree savannah habitat that dominates the park. Hills have been colonized by dry mountain forests while some watercourses support Acacia forests. Many of the hilltops are capped by rock kopjes which provide habitats for Klipspringers and gives panoramic 360 degrees view. The park contains one of the most exciting faunas of any Ugandan national park with 77 species of mammal, several of which (in Uganda) restricted to the Kidepo and Karamoja region. Localized carnivores include the bat-eared fox, striped hyena, aardwolf, caracal and cheetah. Other carnivores present are lion, leopard, spotted hyena, and black-backed and side-striped jackal. 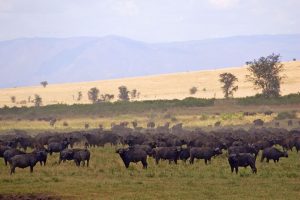 Most Activities to do in Kidepo Valley National Park

Since, for much of the year, the park’s wildlife congregates the Narus valley, this area is well provided with game track. Three loop circuits explore the valley around Apoka. At the southern end of the Katurum Loop, katurum kople (the site of a now derelict lodge) provides superb views north across the valley towards the Morungole mountain range. Visitors without transport can arrange fame drives using a park truck. This is charged per kilometer.

For most of the year a lack of surface water means that little wildlife is found in the Kidepo valley. It is still worth the drive to visit the seasonal Kidepo river and to stroll along its 50 m wide bed of white sand between banks covered with Borassus palm forest. Hot springs are found on the Sudan border 11km beyond the river crossing.

The park boasts an extensive gird list of 463 species confirmed and 26 unconfirmed – second only in Uganda to Queen Elizabeth national park. A few species of note, at least in a Ugandan context, are the Ostrich, Kori Bustard, Secretary Bird, Carmine, Little Green and Red-throated Bee Eaters, Abyssinian Ground Hornbill, Yellow-billed and Jackson’s Hornbills and the karamoja Apalis.

Kidepo Valley National Park is also notable for its birds of prey. Of the 56 species recorded, 14 including Verreaux’s Eagle, Egyptian Vulture and Pygmy Falcon, are believed to be endemic to the Kidepo and karamoja region. There has however been no comprehensive survey of birds in Kidepo and visitors stand a good chance of adding to the current list.