How I Overcame Fear and Traveled to Africa

How I Overcame Fear and Traveled to Africa

How I Overcame Fear and Traveled to Africa, Travelling alone was the scariest thing to me. I went home from work in floods of tears and started googling how to get over your fears. One thing stuck with me. ‘Throw yourself in the deep end’. So that night I booked a single return flight to Africa. I was going on my own to Africa. 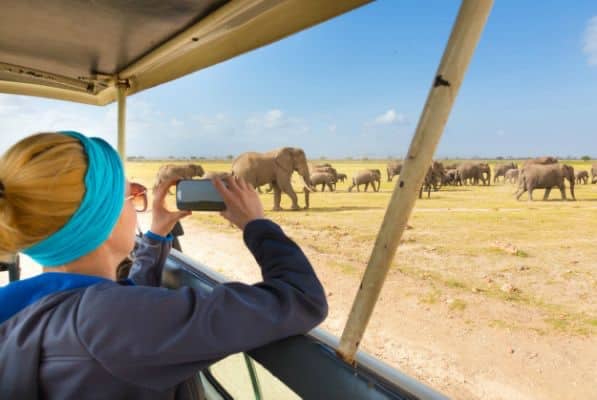 The next few weeks flew by, and the big day came quicker than I imagined. It was petrifying, but as soon as the plane took off I realized that I’d done it. It was too late to turn back. The majority of the time I spent volunteering on a game reserve. I did my research and found a game reserve that doesn’t supply any animals for canned hunts and offered no hands-on wildlife encounters. Counting species, fixing fences, maintaining the tracks, and learning about the different species was my job.

I had several amazing wildlife encounters whilst I was there, but these are a few that I remember clearest.

I spent the rest of my time travelling down the Garden route. There’s so much to do and so much to see. The beaches are beautiful, white sands and royal blue seas.

I had the most amazing time in Africa. I’ve done several solo trips since and gone even further around the world. The reason I’m sharing this story is that we spend so much time thinking of the what-ifs. We think about the hows and all the things that could go wrong. And then we just let time slip by. I’m hoping by sharing this I’ll inspire even one person to believe in themselves and take the plunge.

TIPS TO LEAVE YOU WITH