All about the Savanna Patas Monkey Uganda primate

All about the savanna Patas Monkey Uganda primate

The patas monkey has a white mane on both sides of its face. For the male, it’s mane is quite longer than that of the female. Did you know it’s also known as a Military monkey? 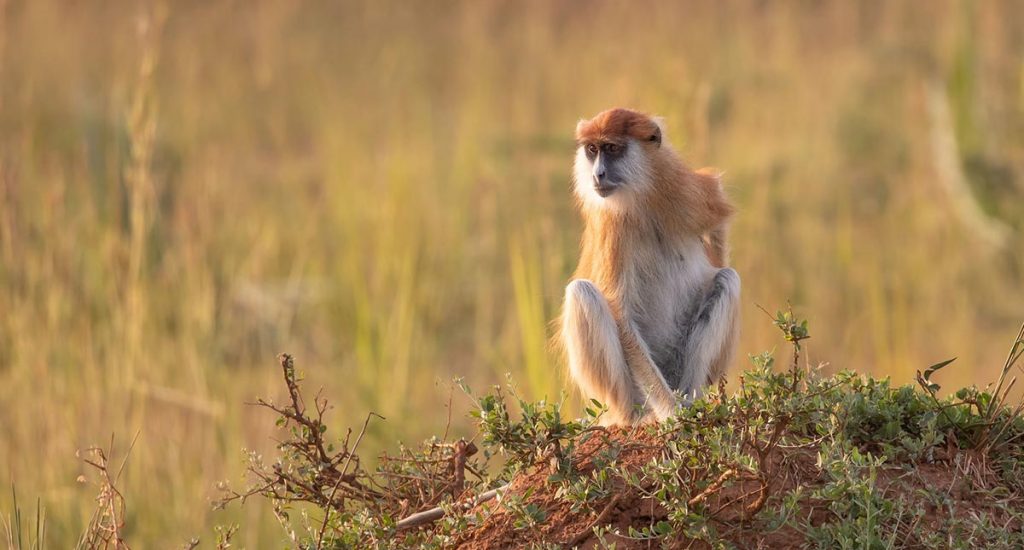 The male patas is near twice the weight of the female that is to say; 7-13kgs for the male and 4-7kgs for the female. The run-up to a speed of about 55km/h on the ground.

Patas monkeys live in fairly large groups of about 30individuals with usually one male present. One or two females take the lead in the group and the adult male acts as the guard and lookout. They are so active during the day and rest during the hot hours.

However much they are able to climb high on trees, they are terrestrial. When they are alarmed of danger, Their speed on the ground is always the immediate reply in a way for escaping from danger.

They have a wide range of plant material and animal prey in their diet. Patas usually feed on; leaves, flowers, fruits, seeds, geckos, chameleons, bird eggs and so on. They mostly feed in the morning and evening hours.

Patas monkeys have a gestation period of about 167days. Young patas clings around the female first as it gradually becomes independent. In Uganda, most Patas are born around February whereas in other countries such as Kenya they are mostly born between June and September.

Just like they feed daily, Patas are also food to other animals such as Lions, Leopards, Jackals, Wild dogs, Pythons just to mention but a few.

There other species of monkeys here and they too have different behaviours. For example the vervet, black and white colobus, the red colobus and others.

We are wildtravelsafaris.com for you on your next travel safari.