Kibale National Park – The Primate Capital of the World

Kibale National Park mainly forested park, 795 sq km in area, is best known for its primate populations. With 1450 chimpanzee and 13 other primate species. Kibale National Park has the most Chimpanzees in Uganda and Africa as a whole! But man’s closest relative is not all the park has to offer, other primates include the uncommon L’hoest’s Monkey, the black and white colobus, blue monkey, Grey cheeked Mangabey, Red tailed Monkey, Olive Baboon, Bush baby and Patto.

Though rarely seen because of their shy and elusive nature Forest Elephant, Buffalo, Leopard, Bush Pig and Duiker can be spotted on a good day. A keen observer may also spot reptiles and amphibians as well as a colorful variety of butterfly species, while birders and drawn to the park and the nearby, community because of a bird list of 335 species. 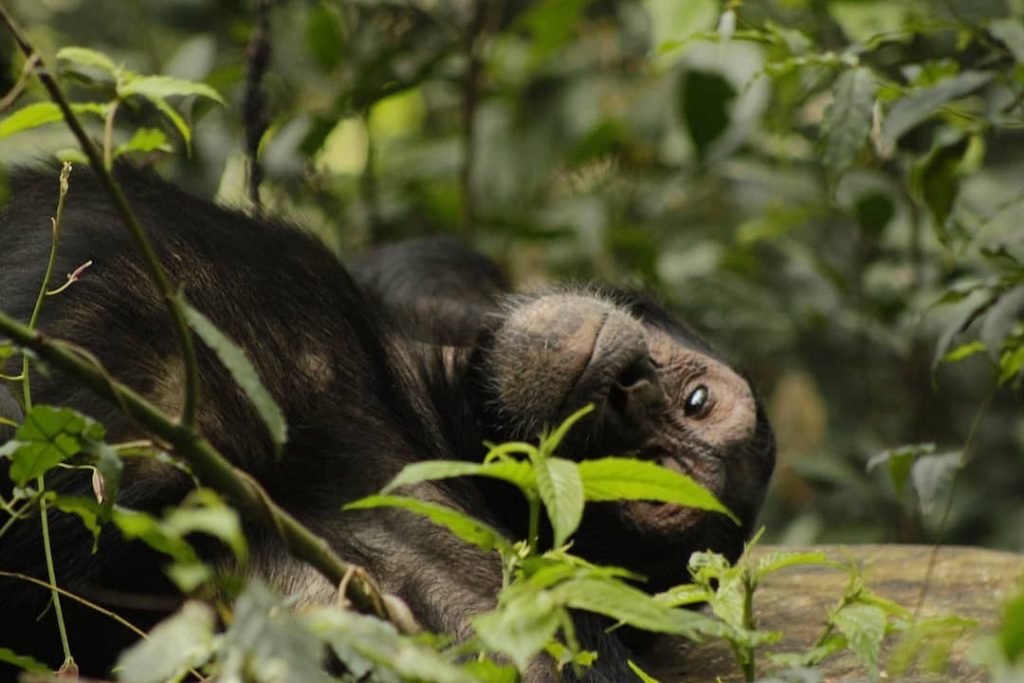 Activities to do in and around Kibale National Park

They laugh and they weep. Embody the true spirit of the wilderness by going chimpanzee tracking and see chimpanzee playing, chartering and feeding throughout the day.

These extremely clever animals are s strong part of the human heritage and the process of familiarizing with human beings is very delicate. The habituation process allows you accompany researchers and habituators as they follow the chimpanzees during their daily routines. You will get to see them de-nesting, forage for food, play and later create new nests for the night. The simplicity of how they live their lives is truly humbling.